Talk to many a scientist these days and they will tell you that “skepticism” is how science is done. I’ve heard this from a number of scientists of whom I admire. There is a big problem with that belief.

One guiding principle to which I do adhere tells us that science should not be biased. And that’s our key. Bias! Skepticism contains the potent negative bias of “doubt.”

Once you see this and truly understand it, you might find it hard to believe that scientists have missed this gaping hole in their philosophy for so long.

Doubt is an incredibly powerful bias. It’s the type of thing that makes miracles stop dead in their tracks. This happened to Peter, the fisherman, when he stepped out of his storm-tossed boat onto the unsettled Sea of Galilee to stand before his master, Jesus Christ. For a moment, all reasonableness had been set aside. He stood there in awe, but then doubt returned and he promptly sank.

For the continuity-based phenomena of physical reality, having doubt doesn’t necessarily directly affect the outcome of an experiment, but it can.

Skepticism is supposed to reign in judgment and to keep the scientist from jumping to the easiest conclusion. This works very nicely when countering the hefty positive bias of youthful enthusiasm and certainty. But seasoned certainty can be just as toxic. Scientists don’t understand their key paradigm and frequently mangle it with their ham-fisted incompetence. They think they’re doing the right thing, but they have their skepticism on entirely backwards. One of the more popular misuses of skepticism I call “unsupported dismissiveness.” In the realm of logic, it can be called an “appeal to the stone” logical fallacy.

But things sometimes get far worse, when scientists weaponize their paradigm and beat others over the head with it. This I frequently call “self-indulgent ridicule.” It boils down to the rather banal logical fallacy known as ad hominem. Such name-calling benefits no one, except for the scientist’s inflated ego.

First, look at the purpose of skepticism. When it works at all, it keeps the researcher from jumping to the easiest conclusion. It also keeps them humble enough to receive more information and better answers to their questions. So, the real active ingredients of skepticism are “restraint” and “humility.”

Somehow, this doesn’t sound as sexy as “skepticism.” I can’t see Michael Shermer changing the name of his magazine from Skeptic to Restraint or Humble. There is simply too much ego at stake and some scientists would shudder at the thought of being humble. I’ve known a number of scientists who are better than this, but even they would sometimes jump to an unsavory conclusion just to be done with an uncomfortable topic. They seemed determined to give an opinion, rather than admit that they “didn’t know.”

Skepticism is also why scientists are lousy at miracles. It’s like they go brain dead just thinking about the topic. They don’t realize that, like any experiment, they need certain ingredients. There is a recipe to miracles. If they were investigating fire, they would be using water instead of fuel. Not very bright. The better scientists will read this and chuckle. The more demonic of the bunch might set about conspiring to ruin my life or something equally ridiculous. We have to forgive them their evil and take full responsibility for it. That’s something else they would have a hard time understanding.

The Science of Miracles 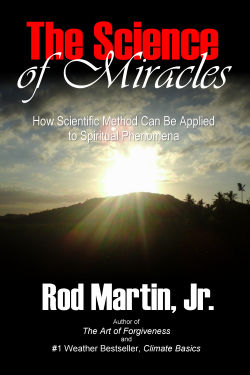 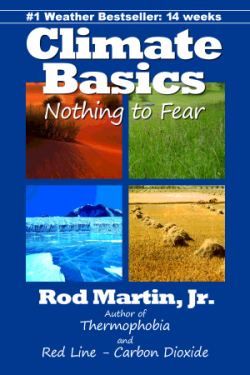 Want to know more? Check out the Statement of Purpose.